A decision on the workplace discrimination case is expected this year.

A transgender woman leading a landmark workplace discrimination case in the U.S. says she owes it to herself and others to make the case known to the world.

“I knew there were hundreds of people like me. There had to be,” said Aimee Stephens, speaking about her thought process ahead of her Supreme Court hearing last fall.

“But it was not until I came out of the building on October 8 that I realized that this number was in the thousands, not hundreds…. If I can put my name to this and lead the march forward for fairness and truthfulness, then I’m proud to do that.”

The U.S. Supreme Court is expected to decide whether the U.S. 1964 Civil Rights Act protects LGBTQ people from workplace discrimination sometime this year. 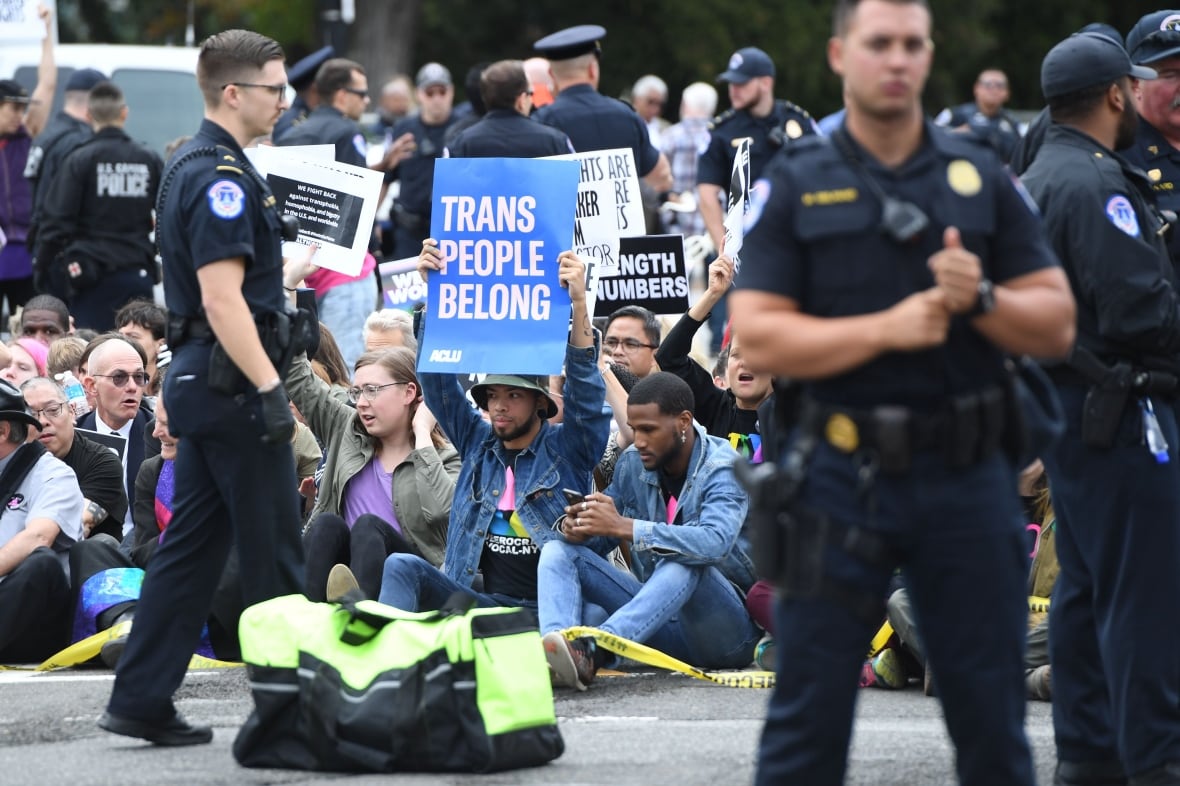 The case emerged after Stephens was fired from her job at a funeral home in 2013, when she came out to her boss. Stephens’s boss testified that he fired her because Stephens “was no longer going to represent himself as a man,” and would “dress as a woman,” according to court documents.

Stephens was offered a settlement, but refused.

“I thought about it and I realized that it’s not just me in this predicament. It’s a lot of other people as well,” Stephens told Day 6 host Brent Bambury.

“And it made me mad enough to do something about it.”

Stephens said she knew she was different since she was about five years old.

But growing up in a Southern Baptist family in North Carolina, being transgender “certainly wasn’t something that was talked about,” she said.

“Back then, I didn’t really know what it was or what to do about it because we didn’t have computers and the internet…. And there [weren’t] really any role models out there at that particular point in time.”

Everything came to a head in 2012, Stephens said, when she nearly took her own life.

Demonstrators in favour of LGBTQ rights rally outside the U.S. Supreme Court in Washington on Oct. 8, 2019. (Saul Loeb/AFP/Getty Images)
“I didn’t see a way for me to go forward, but I knew that I couldn’t go backwards either,” she told Day 6.

“But one thing I realized is I liked me too much. I wanted to be me. I wanted that chance, that choice. And the only way I could do that was to choose to live.”

Making that decision to live meant there were certain things Stephens had to do. She came out to her family, and — most difficult of all — to her wife.

“When I told her, she kind of felt relieved,” said Stephens. “She said that she would not leave her best friend at this point in life because I probably needed her more than I ever did before.”

Her father, reading the letter Stephens wrote to him about her decision, said she made a better looking woman than she ever did a man.

“That in itself was gratifying to me,” Stephens said.

‘We have every right to be optimistic’

When she thinks back to where she was just a few years ago — wondering if she could go on with life — Stephens says she never could have imagined she would one day be waiting for the Supreme Court to rule on her case.

However, the court has appeared divided on the issue. Liberal justices seem likely to side with workers who were fired because of their sexual orientation or transgender status, while the court’s conservative judges remain on the fence.

In October, Justice Neil Gorsuch, U.S. President Donald Trump’s first Supreme Court appointee, said there are strong arguments favouring LGBTQ workers. But he suggested Congress, not the courts, should change the law because of the upheaval that could ensue.

Justice Ruth Bader Ginsburg pointed out that the term sexual harassment was unknown in 1964, but now is considered sex discrimination.

“By the very definition of what they wrote in 1964, you can only really come to one conclusion, and that’s that yes, it is discrimination. You can’t decide about a transgender person or gay or bisexual person or any LGBTQ person without taking sex into the thought process.”